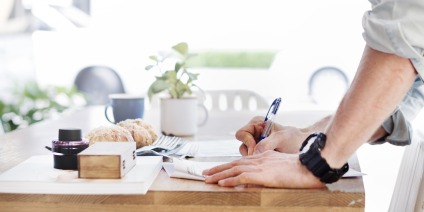 Every person who has ever put pen to paper has heard this line. Don’t tell us we are in Paris, give us the acrid scent of the Seine mixing with buttery croissants, give us the crunch of rough, dusty cobblestoned streets beneath our feet, give us the taste of acrylics on the air from freshly painted street art.

Part of the problem is the tendency to remove the protagonist from the scene, to give sensing words, instead of senses. In the sentence above, John is our protagonist. Since the story is presumably in his perspective, everything that happens is something he feels, smells or sees. As soon as we add that extra word, the character is no longer experiencing the sense first hand, but is now removed from it – a degree of separation that can have a deep impact on whether or not a reader feels engaged in the story or distant from it.

I do this a lot. As a descriptive writer, I’m prone to the easy out of using words like feel, see or smell as a liaison to the flowery metaphor that will inevitably knock my readers’ socks off. It is because I do this so often that I am aware of what a difference it makes to a story when I don’t do it.

So, what do we do about the problem? It’s easy enough to recognize – do the words explain that a character is sensing, or do they show the character sensing? See, smell, feel, hear or taste are red flags. Sure, they will show up in our writing, that’s the nature of the beast. But, whenever possible, find the offender and consider a serious rewrite.

Rewriting these types of sentences is complicated. Most times, it’s not a matter of simply changing the word choice or the verb choice. For instance, if we look to our example of ‘John felt the sinking farmland beneath his feet’, removing the word felt will not change the problem with the showing vs. telling issue. Instead, we must look at the scene from the John’s perspective and write it as though he were the one experiencing the sensation, rather than being the author explaining that he is experiencing the sensation. A possible change to the sentence might look as follows:

“The marshy farmland sunk beneath his feet, pulling the heels of his shoes into thick, running mud, reeking of manure and summer sunshine.”

The sentence now has so much more room to grow, and the way that John experiences the sense, vs. the way the author tells us John is experiencing the sense, allows us to get closer to John as a character.

There are other words, aside from the five senses, that serve as show, don’t tell red flags. Realized. Understood. Thought. These types of words, which set up for a long, internal diatribe – I learn from personal experience, so I pass no judgement – are just as guilty of taking the reader out of the character’s mind as are the sensing words. They serve as a distracting middle man to the point the character is trying to reach. These are often more complicated to counter, as they require the exploration into a character’s thoughts, instead of the physical world around them. Removing these filler words as often as possible demands the reader to do better, to prove that the character truly is having these thoughts or realizations, instead of simply telling us she is.

We cannot always show instead of telling. It is a healthy balance that keeps a story moving forward while maintaining originality, concise narrative and good characterization. But we must acknowledge the show, don’t tell issue as it arises and know how to combat it. Doing away with senses words makes for better writing and for better characters. In the end, that’s all we really want.♦