Every genre has its pitfalls. Mysteries that give away the whodunit too early. Sci-fi that falls this side of derivative. Romance with two-dimensional Ken doll heroes. Writing genre fiction comes with all sorts of challenges, and it takes a certain set of skills and knowledge of craft to truly perform within the confines of that genre’s rules or to properly break them.

Recently, I’ve been delving into the young adult genre. I’m interested in seeing what’s on the market, I like the crossover between romance and fantasy and the idea of writing the genre appeals to me. The more I read, also, the more I realize just how influential and important the genre is. The target demographic is at a critical age where representation of all perspectives and environments is more important than ever. Diversity in race, sexuality, socioeconomic background and more in YA books plays a fundamental role in providing young people with a sense of identity, belonging and validity.

Most of the time.

Young adult is, in many ways, a vast and complicated genre. While the target demographic is young– much of the time, specifically young women, it comes with the territory that YA provides content appealing to older and more mature readers as well. One of the myriad reasons for the wild success of the Harry Potter series was that the books grew, in both writing and theme, as the audience got older. I was five years old when the first book came out and began reading the series around eight. When Deathly Hallows was released, I was fifteen – a world away from the person I had been at the start of the series, just as Harry, Ron, and Hermione were now facing challenges of life or death, betrayal or loyalty.

Of course, not all YA series can work along this format, and instead, authors must find a common ground between adult, mature themes and the younger audience most likely to read their books. Some ideas are universal – love, acceptance, justice, identity, and the median comes from the way an author address that issues. Many authors achieve this middle ground quite spectacularly. They discuss grown themes without tipping that precarious edge into adult fiction. 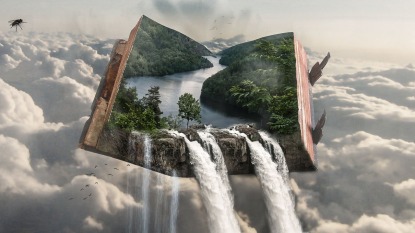 The problem comes when a book attempts to simplify these adult themes to make them more digestible for a less mature audience. While YA will steer away from graphic descriptions of sex and draw certain lines of violence, it must do so without speaking down to its reader or narrowing themes of vast injustice or evil to milk. And that remains one of my biggest frustrations with the YA genre.

Sometimes, authors just don’t give their readers enough credit. The young adults reading these books are the ones who sought them out, the interested, curious and willing-to-learn readers who prefer a challenge to a watery adventure. The adults reading the book simply find it unrelatable, even though issues facing young people today need to be taken seriously. The tone of condescension is often difficult to ignore and that can be quite frustrating. And unnecessary.

Take, for instance, Red Queen, by Victoria Aveyard. The book runs amuck of the dystopian, caste system of injustice and inequality so prevalent in YA, but at no point does Aveyard speak down to her audience. She provides insight into the extreme violence, without grotesque details, and tells her readers that themes of betrayal, injustice, loyalty, and purpose are not limited to a demographic, but rather universal, important and fundamentally complicated. Her protagonist, though certainly not flawless, is righteously pissed off enough to keep us there by her side and the threads of romance that must accompany every YA dystopian novel, are much more subtle and realistic, a subplot to the larger question of good vs. evil. 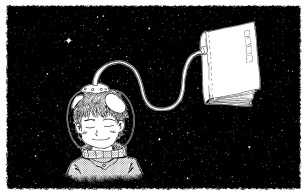 Perhaps I am biased, when it comes to the post-America caste system novels, given our wildly turbulent political environment and my fears for my family and friends. I remember reading one book where the economy was incredibly unbalanced, creating an unbreakable cycle of poverty, a dark line between the haves and the never will haves.

In the book series, which I loved despite all this but won’t name, (you can probably figure it out!) the protagonist is deeply invested in her own love affairs and heart. I won’t begrudge her that. But with the choice of whether or not to become the princess, she focuses on love, rather than the power that the position will wield and the mass changes that she will be capable of implementing. When I first listened to elements of the story, I found myself quite frustrated with the idea that she was mature enough to recognize the incredible divide and the struggle her family faced every day but didn’t seem invested enough to fight at any cost. I distinctly remember clenching my fist and thinking, become the queen. Rule. Win. Then worry about the boy.

Every book approaches this issue differently, and certain elements of this series were done remarkably well, just as there are elements from Red Queen I would have liked to see play out differently. The point is, if this political climate has proven anything, injustice, division, and fear are not fictional or fantastical ideas. They are real and the character must be unique, fully-developed and strong enough (in the sense of craft, rather than strong female lead) to properly react to the world around them.

The genre I am most familiar with is romance, I’ll admit that. Perhaps my own perspective, at now a decade older than I was the year Deathly Hallows was released, is the issue, not the writing. But as a person who deeply enjoyed reading books at every age, I think it’s important for YA authors to remember that their audience will reach, will rise, will find answers. With young adult readers, it’s always best to aim high. They will follow. ♦